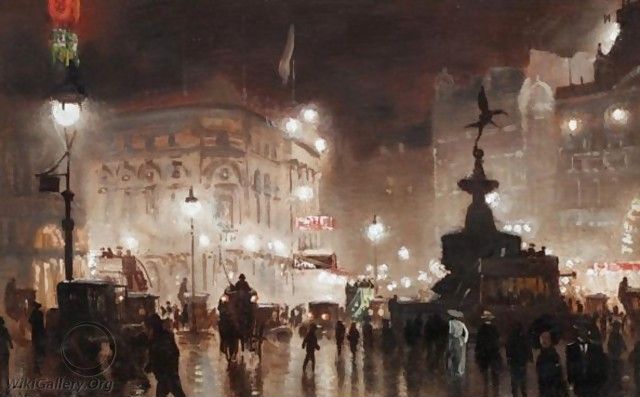 Make sure your volume is on: "John remembers Gatti's power station"

The Gatti Brothers originally built the place. A & S Gatti – started life in 1880-1990 owning Drury Lane, the theatre. Now, one of the things they needed electricity for were theatres, so they decided to come to the power side of it and built their own power station at Bow in order to supply all the theatres around St Martins in the Fields and Drury Lane.

It was a private power station, unlike the West Ham and all the others, which were municipal power stations. So from Bow, just under Bow Bridge which is on the outskirts of Stratford in Marshgate Lane, the run all their cables down the rivers going through the Grand Union Canal all the way into the city along the river banks where possible but along the streets if the they couldn’t make it that way. And it ran into a place called Shorts Gardens.

The early days of domestic electricity didn’t have the benefit of the National Grid, so individual suppliers built power stations to serve their local area. One of the pioneers in London was the Gatti family, who had made their money importing ice from Norway and America for the catering trade. The Gattis diversified, investing in restaurants and entertainment halls around Charing Cross, and were keen to use the new electrical lighting to draw in the crowds.

They even built their own power stations, including in 1902 a large one out here in Bow, running cables all the way to the West End to illuminate clubs, theatres and dining rooms.

The magnificently named Charing Cross and Strand Electricity Supply Company survived until it was nationalized in the 1940s. The power station on Marshgate Lane lasted until 1967 when it was closed down. Coal deliveries to the power station could be made by barge, making it easier to keep the generators spinning and the chimneys smoking day and night.