Early 'thermoplastic' made from plants 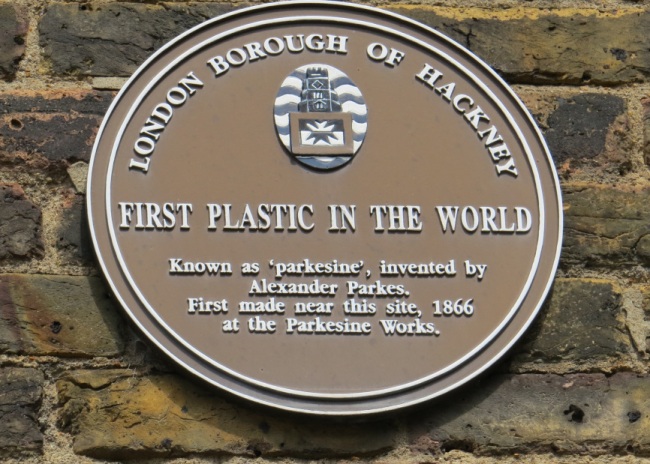 In 1862 an enterprising chemist called Alexander Parkes showcased a new substance made by dissolving wood fibres into camphor. The compound could be moulded into any shape and hardened into a smooth, tough material with bright colours.

He called it ‘Parkesine’ and with his younger brother Henry set up a factory in Hackney Wick in 1866 to produce items such as combs and billiard balls that had previously been made with expensive ivory or tortoiseshell.

The factory was not a commercial success and closed after a couple of years, but Alexander Parkes and his manager Daniel Spill had solved some of the crucial early problems in producing ‘plastic’ goods using what we now call cellulose.

Others took his work forward, giving the early 20th century some familiar products like celluloid, cellophane, rayon. A few Parkesine objects have survived, many of which are in the Science Museum collection.